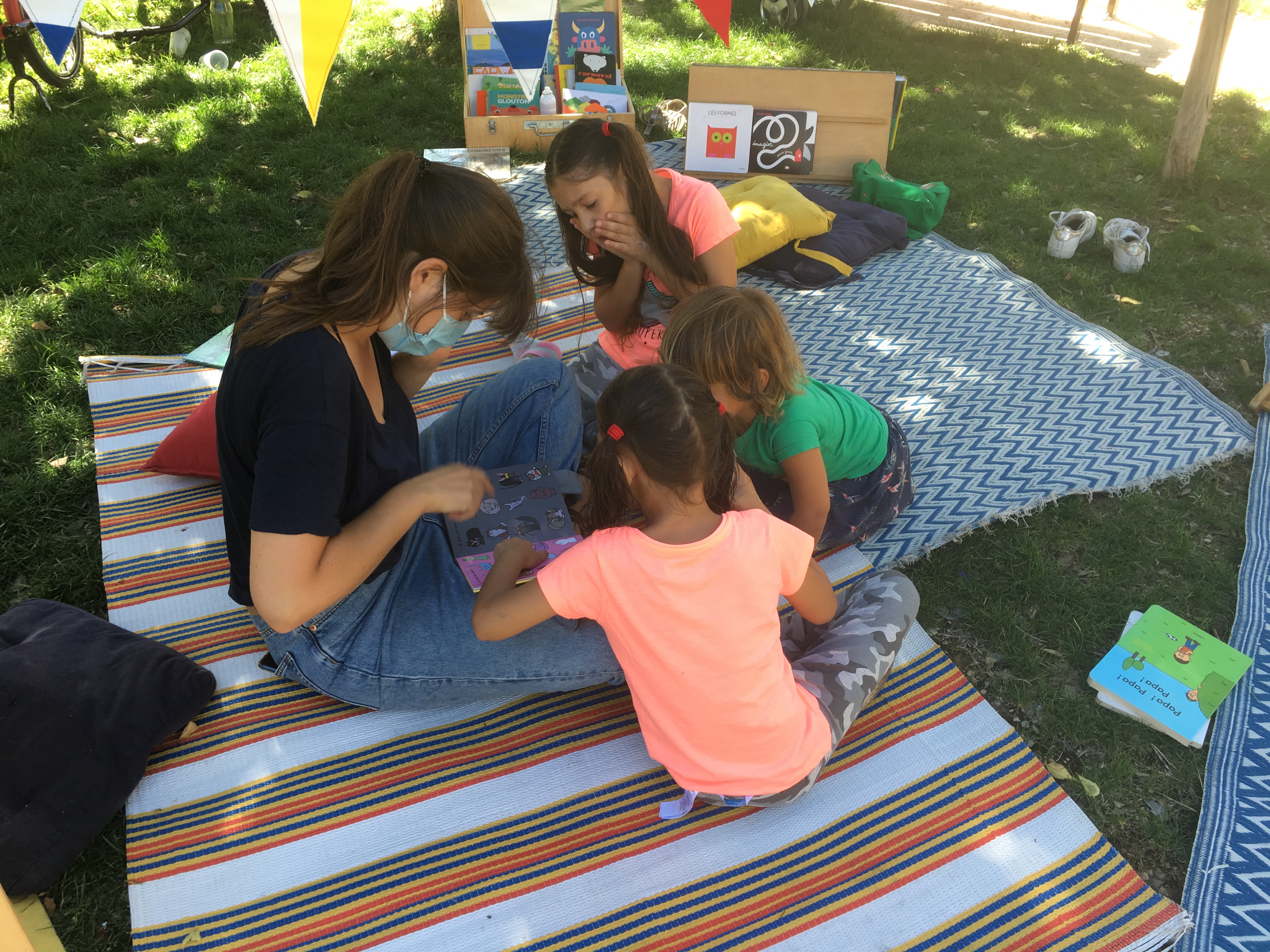 Fotokino’s Bibliocyclette is a traveling street library loaded with a hundred or so children’s books (contemporary or older illustrated books, books in Arabic, game books or storybooks, for all ages),

Fotokino’s Bibliocyclette is a traveling street library loaded with a hundred or so children’s books (contemporary or older illustrated books, books in Arabic, game books or storybooks, for all ages), and the furniture needed to create an ephemeral reading area (folding tables and stools, storage boxes, parasols, etc.). From March to October, the Bibliocyclette and its cyclists-librarians will set up in squares in the working-class neighborhoods of Marseille, in squares, playgrounds and public gardens to offer children afternoon reading sessions in the open air and in the sun.

During the month of June, the artist Laurence Lagier from Marseille, whose books, imagined with Ariane Breton-Hourq, have been published by the beautiful Editions MeMo, took over our reading space to offer three workshops to young readers.

In July, it was the Partir en livre event that punctuated the Bibliocyclette’s outings with the intervention of five artists: Jeremie Fischer, Carl Johanson, Amélie Fontaine, Alice Meteignier and Hao Shuo. On the program, workshops around the practices of each artist, between collages, drawings and cut-out forms.

In April 2021, due to containment measures, the Bibliocyclette had to cancel its intervention dates. Instead of setting up the little library at the planned locations and offering readings, its mediators walked the streets to distribute activity books, markers and chalk, to encourage children to transform public space into a playground. To learn more and find Playstreets, the activity booklet to download, it’s here!

A huge T H A N K S to all the publishers who have generously given us a selection of books to enrich the trunks of our library on wheels: 2024, L’Articho, Les Fourmis Rouges, L’Agrume, Le Port à jauni, Éditions du Livre, Éditions MeMo. 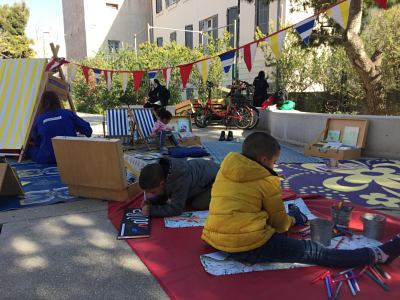 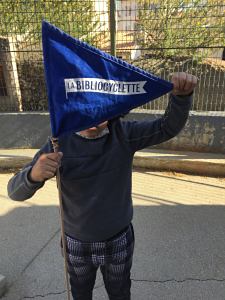 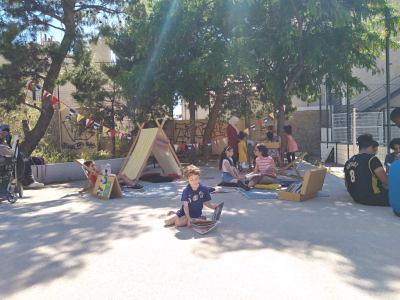 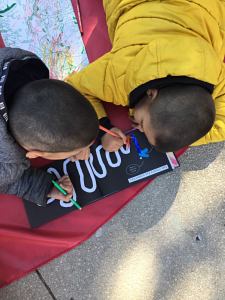 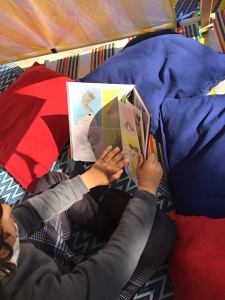 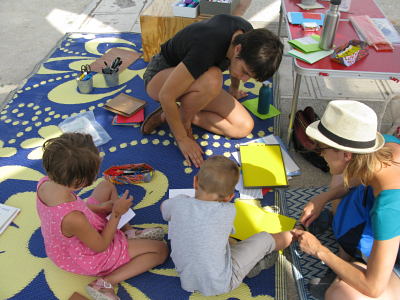 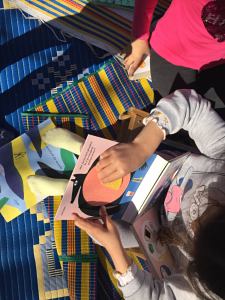 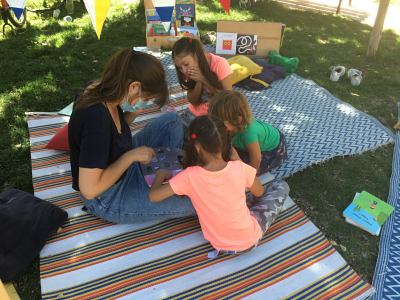 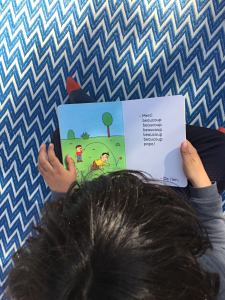 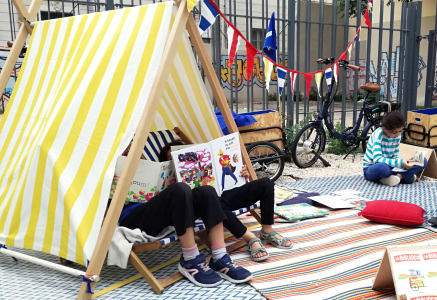 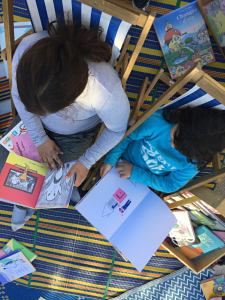 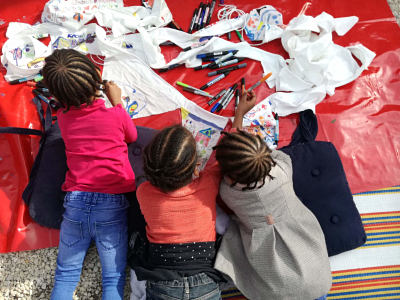 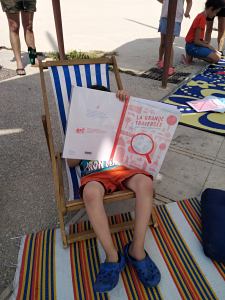 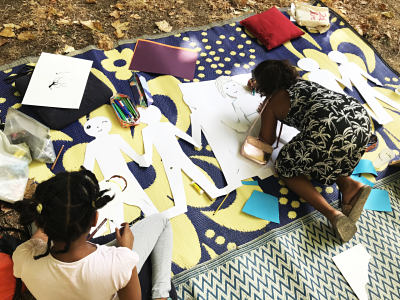 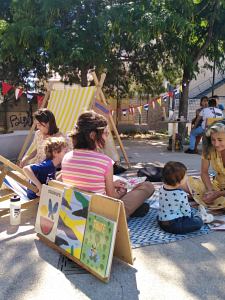 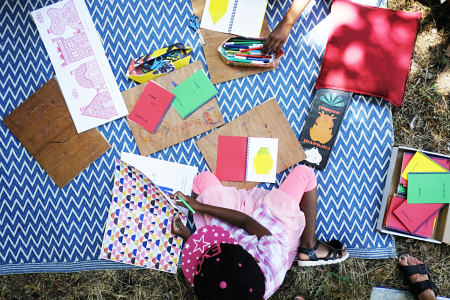 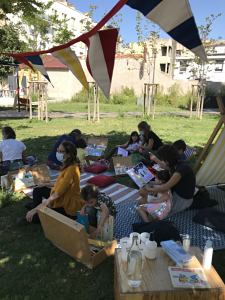 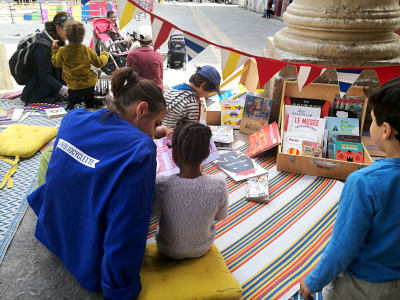 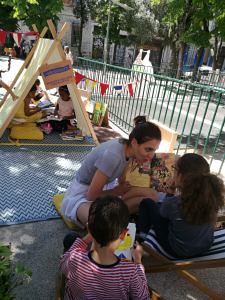 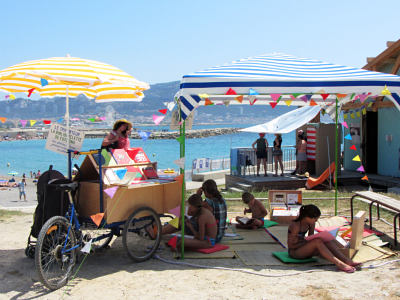 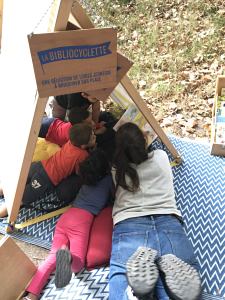 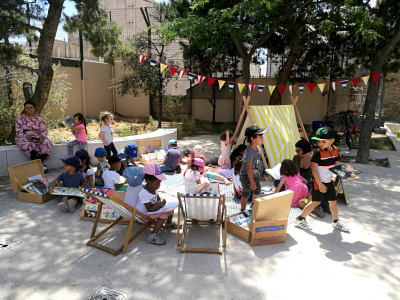 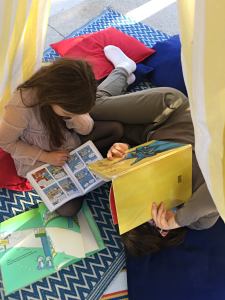 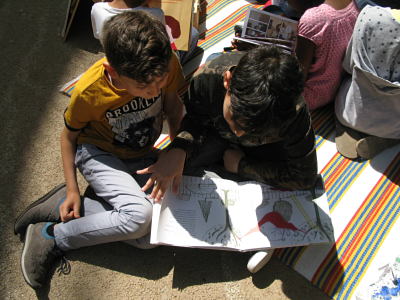 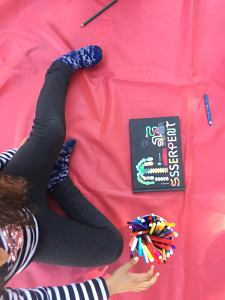